December Technique of the Month - Redwork


For a limited time, come in to see some quilting history.  We have a few beautiful Antique Redwork Quilts on display dated as early as 1899! 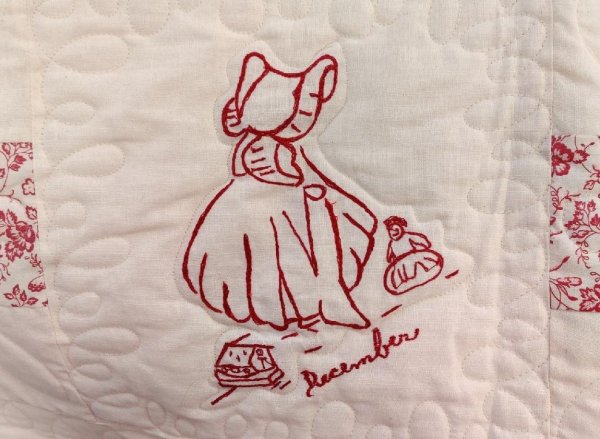 Redwork style American embroidery, also known as art needlework, was first developed in the 19th century.   As red dyes were the first commercially available colorfast dyes, redwork was made using Turkey red embroidery floss.   The style was most popular between 1855 and 1925 and was mainly used to decorate household objects in the 19th and 20th centuries, especially quilts.  Patterns for individual quilt blocks were very affordable at a penny a piece.  The main stitch used in redwork is the Kensington stitch, now more commonly known as backstitch or outline stitching.  Being a more simple technique, redwork was often taught to children in the 19th and 20th century to produce motifs of different sizes.  Often the motifs used in redwork would follow a theme such as a water motifs for backsplash cloths or words printed on quilts, chairs, or other upholstered items. Some popular designs found in early redwork included children, toys, animals and insects.  After the turn of the 20th century, storybook characters such as those by Beatrix Potter became very common.  Later, redwork designs could be found on tea-towel motifs such as calendar themes and kitchenware.  Redwork has experienced a significant resurgence in recent times. 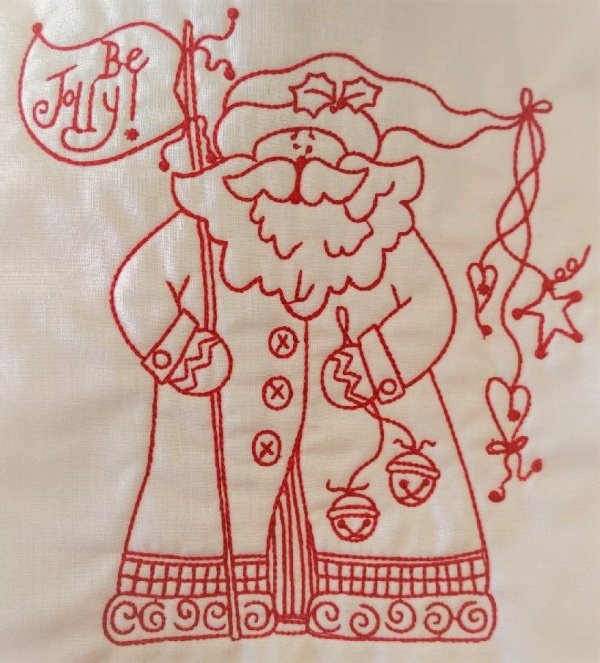 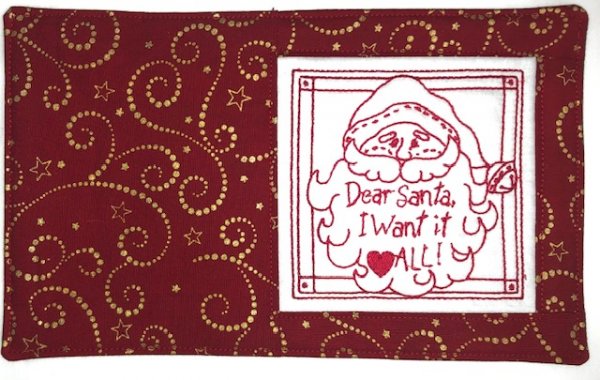